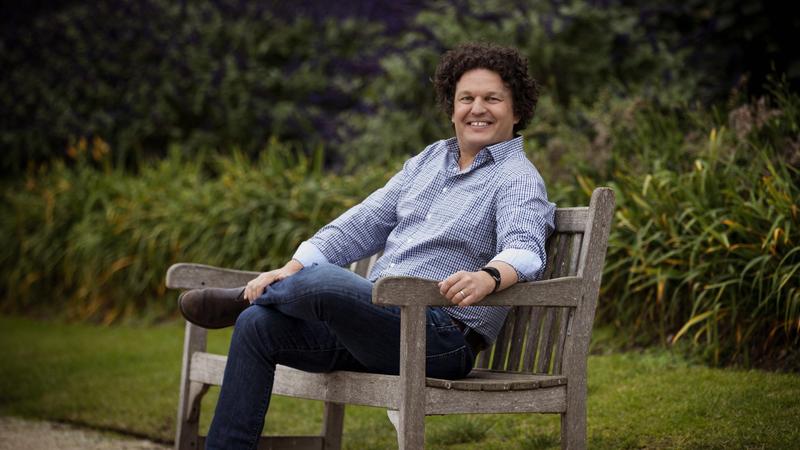 Long before organic became a buzzword, before the indoor plant craze had sprouted and before kale became common in Aussie backyards, Gardening Australia premiered on the ABC.

Thirty years later while much has changed, what hasn’t is the program’s formula of delivering practical, down-to-earth advice and inspiration.

Hosted by Costa Georgiadis, GA has become one of the ABC’s most enduring series.

“I first appeared on the show in 2000 as a guest when then WA presenter Neville Passmore did a story at my student rental garden,” Byrne, 43, recalls.

When a role became available Byrne was offered a job, which he had to knock back. In 2003 when Passmore left the program, an opportunity came up again.

Despite having no TV experience “other than a love of gardening”, Byrne joined the team, then led by Peter Cundall.

“I was so nervous back then and in fact it probably took a year or two until the nerves settled down,” Byrne laughs.

As well as new hosts — Stephen Ryan replaced Cundall in 2009 before Georgiadis joined in 2012 — plenty has changed since Byrne joined the GA family. Among the big trends, he says, are an increased interest in sustainability, water-wise native plants, organic gardening, edible plants and of course, indoor greenery.

“The other thing that’s happened in that time of course, it that gardens are getting smaller,” he says. “There’s a lot more apartment living, balcony gardening, people trying to do clever things in small spaces with less light and all the rest of it.”

He’s also loved watching on as a younger generation discovers the joys of gardening — including his own children Oliver, nine, and six-year-old Caitlin.

“I try not to be the stereotypical obsessive gardening dad and force them into labour,” he laughs, “but Caitlin in particular is a very keen gardener.”

The 90-minute Gardening Australia 30th Birthday Special was filmed over two days at the historic Heronswood garden on the Mornington Peninsula. “It was so much fun,” Byrne says. “The other presenters and the crew as well … we don’t get together that often because we’re all around the country. But when we all get together we all get on really well.

“And we’re an eclectic bunch. If you look at us both in person and on paper it’s a really mixed bunch and I think the producers have done a great job of bringing together a great group that appealed to different people and all add our own flavour to the show.”

Today Byrne splits his time between his media commitments, his urban sustainability consultancy and his Curtin University research fellowship.

But there’s one thing he always makes time for — rolling up his sleeves and getting out into the garden of the Hilton home he shares with wife Kellie and the kids.

“At the end of the day, as daggy as it may sounds, my favourite hobby is still gardening,” he laughs.

How To Make The Most Of Your Memorial Day Weekend Gardening

GARDENING FOR DEPRESSION AND PROFITING FROM FAST FASHION: WHAT TO READ

How to get an earlier start on gardening this year