Let us introduce you to an animal that eats not only snakes, crabs, caimans and tortoises, but also any powerful animal is helpless in front of it.
The Caimans from alligator family and the jaguar, which is the most powerful member of Canidae, try to stay away from this small-sized but powerful animal.
what’s special about this animal?
Otters belong to the family Mustelidae which is a diverse family with its members characterized by short legs, small feet and large necks. This family also comprises stoat, honey badger, badger and weasels. The members of the family Mustelidae are very brave and efficient predators. They are capable of capturing and killing prey as large as they are, or even bigger than them. For example, a stoat can prey on a rabbit larger than its size.

Types of otters
Otters are of three main types further classified into 13 species found in every part of the world except Australia and Antarctica.

The Giant Otter
It is the longest species of otters and can grow up to 5 feet in size. The Giant Otter has webbed feet which help in swimming while long and strong claws are used to dig burrows. They also have a long tail which is used as a balancing organ and also helps in steering.
Giant otters have a characteristic thick fur with 10 hundred thousand hair per inch which gives them waterproof properties. Their young ones have thicker fur which can accumulate air. Air helps to keep them floating in the water.

They also have whiskers (sensory hair) which are used to detect the movement of other animals in water and also to locate food.
Experts have even discovered that the otter sends a bubble into the water and pulls it back into the nose, which can detect the smell of fish, meaning it can even smell in the water. It can stay underwater for up to 5 minutes. They have white colour marking on their chest which helps them to recognize each other.

Buy otter shirts and support us 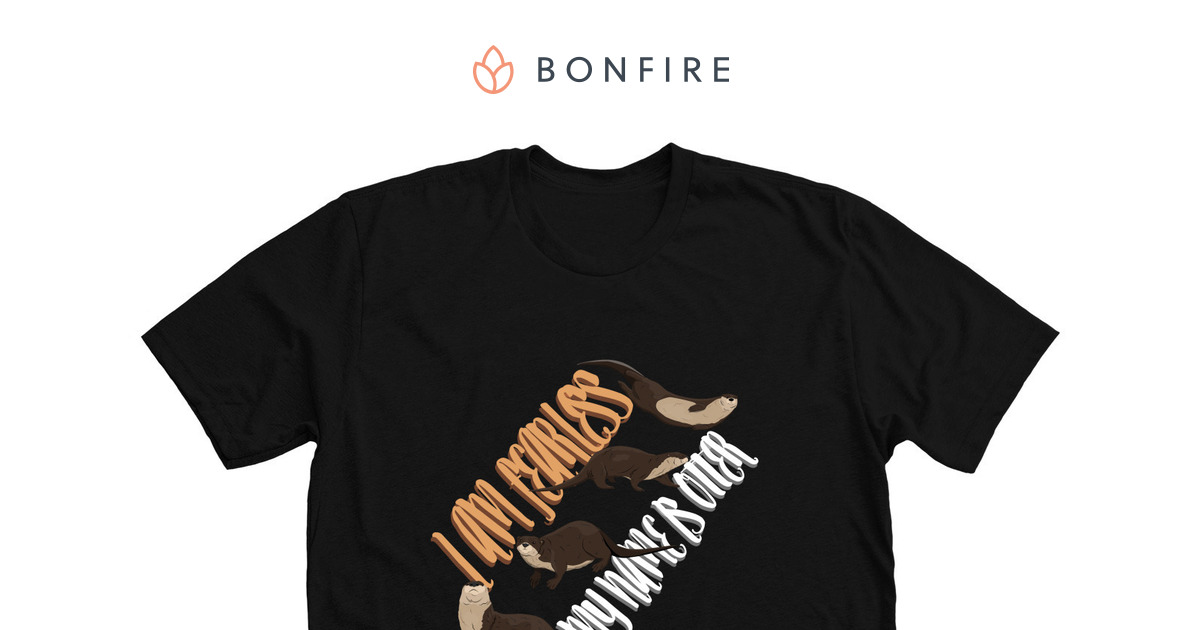 Otter as a predator
Otters are quite skilled hunters. They are mostly found in groups that’s why other hunters avoid hunting them.
Otters may hunt Caimans in groups and begin feeding on the back of caiman’s neck.
They can also feed on snapping turtle which has high biting power. They are daring enough to prey on Anacondas, and the jaguar which is the most powerful Canidae and usually avoids confrontation with otters.

Otter’s role in environment
Otters keep a check and balance on the population of animals which mostly feed on aquatic plants so directly or indirectly otters protect them.
Otters are in danger
There are many species of otter in the world but due to hunting, Giant otter is in great danger of extinction. which fact did u like about otters? please comment below.

Buy otter shirts and support us