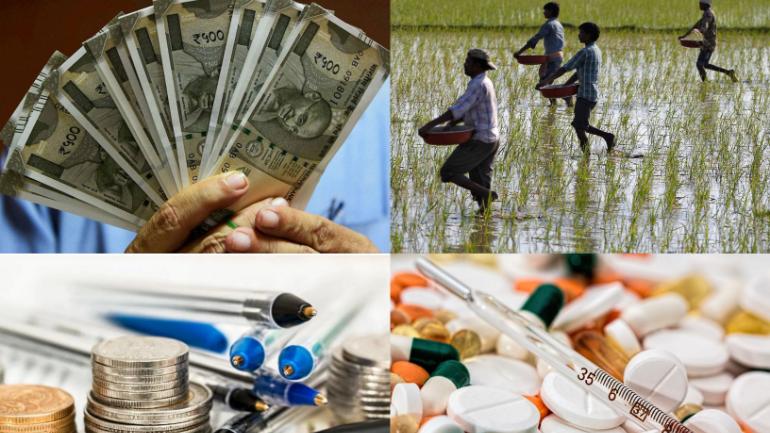 As citizens eagerly wait for the BJP-led NDA government to share its budgetary plan for the next financial year on Friday, the government has hinted that it would encompass several big-ticket reforms.

Interim Finance Minister Piyush Goyal will be presenting the interim budget 2019 in the Parliament starting 11 am.

The government has made it clear that budget will be driven by economic issues that need quick resolution and the process may go beyond a vote on account — an indication that the government will use it as a crowd-pleaser before the all-important Lok Sabha elections.

Here are some key economic changes that the government is likely to announce:

The government is expected to double income tax exemption threshold from Rs 2.5 lakh to Rs 5 lakh. This is probably one of the biggest expectation on cards from this year’s interim budget. Even if it does not increase it to Rs 5 lakh, it could increase the basic exemption limit by Rs 50,000.

Goyal is also expected to reinstate tax-free status for medical expenses and travel allowances in a bid to offer better tax reliefs to people.

While taxpayers have gradually increased in the country after the implementation of stricter laws, a large share of the population still does not pay income tax.

If the proposed move sees the light of the day, it could have drastic measures on the government’s tax collection and can derail economic prosperity.

A decision may also be taken to lower the highest personal income tax rate from existing 30 per cent to 25 per cent.

However, altering income tax slabs in an interim budget, before the release of Direct Tax Code Report on February 28, could pose a major economic challenge if a new government comes to power after the Lok Sabha elections.

Increased deduction limit under IT Act

Since the government is reportedly planning to increase the income tax exemption limit, it could also raise the limit of income tax deduction under various sections of the act.

If the government announces such a move, it will be beneficial for millions of people in the country. Citizens who earn from investments will be able to increase the amount of refund they can claim.

Benefit for the corporate sector, MSMEs

While the government is expected to cut the corporate tax rate to 25 per cent from 30 per cent, it may not be announced in before the elections. However, the remains an outside chance. Abolition of angel tax is also an expectation for start-ups.
The government is also expected to infuse more capital into the banking sector to assist medium and small-scale enterprises (MSMEs). Some other decisions are also expected to give the ailing sector a boost.

While the concept has been termed outlandish by many experts, the government has repeatedly said the scheme is in the pipeline. The model will enable the government to provide a fixed income to individuals belonging from economically weaker sections.

A word on its implementation and structure may find mention in Goyal’s budget speech considering the mega elections will be held between April and May.

However, experts believe that the scheme’s implementation is impossible before 2022.

Armour for the Farmer

Resolving farmer woes continues to be the main focus of the BJP-led NDA government since Congress party announced a series of loan waiver in Madhya Pradesh, Chhattisgarh and Rajasthan after coming to power.

Many analysts have already declared the interim budget as a farmer-oriented budget. Not just a loan waiver, the government is expected to announce a direct transfer benefit scheme for farmers.

An announcement is also likely on quick loans at lower interest rates for farmers.

The government is expected to increase agricultural credit flow by 10 per cent or one lakh crore, taking the total credit target to Rs 12 lakh crore. Such a move would allow the government to spend more on farmers.

A report on news agency Reuters suggests that the government is going to increase rural spending to the tune of 16 per cent or Rs 1.3 lakh crore.

Apart from increasing farm credit, it is also expected to increase food subsidies and focus boosting other social schemes.

Farm credit is an important aspect as it helps farmers in achieving higher farm output. This will also ensure that farmers are not compelled to borrow from loan sharks.

The government is also expected to announce monetary benefits and concessions for small and marginal farmers.

Many economists expect the government to replicate a scheme based on the Rythu Bandhu model practiced in Telangana. It remains to be seen if the government goes ahead with another farmer-oriented budget.

Healthcare is another area where major announcements are expected. While last year’s focus was on Modicare, this year the government may offer increased tax exemptions towards healthcare and preventive checkups under Section 80D of the Income Tax Act.

Considering the government’s focus on introducing new healthcare projects for the poor, it would not be surprising if the government increases tax benefit on healthcare.